What is a large span structure?

Ancient Rome had large-span buildings (such as ancient Roman buildings). Large-span structural buildings in modern times had made great achievements. For example, the machinery pavilion at the Paris World Exposition in 1889 used a three-hinged arched steel structure with a span of 115 meters. At the beginning of the 20th century, the progress of metal materials and the development of reinforced concrete technology promoted the emergence of many new structural forms of large-span buildings. For example, the Centennial Hall, built-in Breslau, Poland from 1912 to 1913, uses a reinforced concrete dome with a diameter of 65 meters and a covering area of 5,300 square meters. After the Second World War, large-span buildings saw new developments, with European countries, the United States, and Mexico developing the fastest.

The large span steel structure buildings of this period widely used various high-strength lightweight materials (such as alloy steel, special glass) and chemical synthetic materials, which reduced the weight of the large-span structure, and enabled the continuous appearance of novel spatial structures and the increasing coverage of the area.

The utility model relates to a whole thin-walled folded-plate roof structure formed by connecting many reinforced concrete slabs into a corrugated shape. This kind of folded plate can also be used as a wall of a vertical component or other load-bearing components. The combined forms of folded-plate roof structure include single slope and multi-slope, single-span and multi-span, parallel folded board and compound folded board, etc., which can adapt to the needs of different building planes.

Commonly used cross-sectional shapes are V-shaped and trapezoidal. The thickness of the plate is generally 5-10 cm. The thickness of the thinnest prefabricated pre-stressed plate is 3 cm. The span is 6 to 40 meters, the width of the twists and turns is generally not more than 12 meters, and the inclination of the cast-in-situ folded plate is not more than 30°; when the slope is large, the double-sided template or spray method must be used for construction.

The edge beam folded plate is composed of slabs, edge beams, and transverse partitions, and is generally cast-in-place. For example, the roof of the conference hall of the UNESCO Headquarters Building in Paris, built in 1958, was designed and constructed by P.L. Nervi, Italy. According to the law of stress change, he gradually increased the cross-section of the folded plate from both ends to the middle of the span, making the shape of the hall roof full of rhythm.

The Lambert-Saint-Louis Airport Terminal, built by the United States in the 1940s, consists of three groups of 11.5 cm thick cast-in-place reinforced concrete shells, each of which is two cylindrical curved shells orthogonal to each other and cut into an octagonal shape Plane shape, with lighting belts set at the junction.

The intersection line of two cylindrical curved surfaces is made into a cross arch protruding on the curved surface, which not only increases the strength of the shell but also transmits the load to the support. The support is a hinge point, the edge of the shell is thickened, with stiffening ribs, and rolled up to make the architectural shape of the shell’s cross-arch simple and unique. German scholars U.F. Wald and F. Dischinger have made contributions to the theory of shell structure.

The Turin Exhibition Hall designed by Nervi, built in 1950, is a wavy prefabricated shell roof building. The shell structure can reduce its own weight, save steel and cement, and has a novel and smooth shape.

Use a relatively common large-span roof structure. This structure has strong integrity, good stability, large space rigidity, and good shockproof performance. The height of the net frame is small, and smaller rod-shaped components can be used to assemble a large-span building, effectively using the building space.

Large-span grid structure suitable for industrialized production. The shape can be divided into two types: flat grid and shell grid, which can adapt to a variety of plane shapes such as round, square, and polygonal. Flat-shaped grids are mostly double-layered, and shell-shaped grids are divided into single-layer and double-layer, and there are single-curve, hyperbolic, and other roof forms.

It is a new type of large-span steel structure building developed in the middle of the 20th century. It uses a soft fabric with excellent performance as the material, and the membrane surface is supported by the air pressure in the membrane, or a flexible steel cable or a rigid supporting structure is used to generate a certain pretension of the membrane, thereby forming a structural system with a certain rigidity and covering a large space.

A large-span roof structure composed of three parts: steel cable nets, edge members, and lower supporting members, such as the Beijing Workers’ Gymnasium built-in 1961, has a diameter of 94 meters. The earliest suspension cable structure in the world is the Livestock Pavilion in Raleigh, USA, built between 1953 and 1954. It is a hyperbolic saddle-shaped suspension cable structure.

The terminal building of Washington Dulles International Airport in the United States designed and built by E. Saarinen from 1958 to 1962 is a famous example. The terminal building is 45.6 meters wide and 182.5 meters long. It has two floors. The roof has a pair of 2.5 cm diameter steel cables suspended on the top of the two rows of columns every 3 meters. Prefabricated reinforced concrete slabs are laid on the upper part of the suspension cable structure to form the roof, and the building is light and bright. 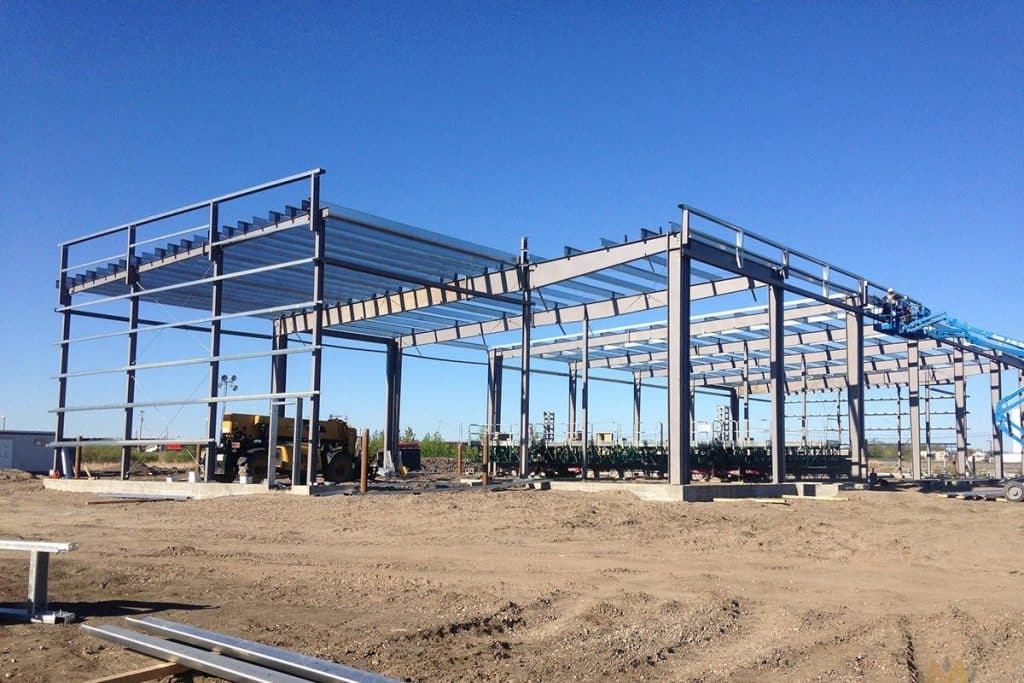 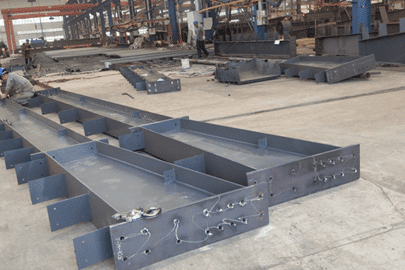 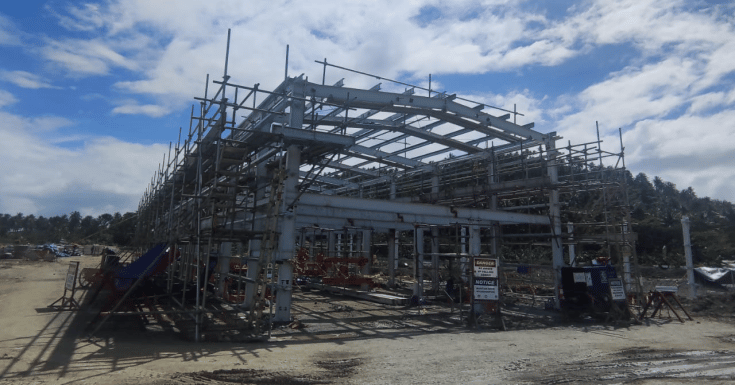 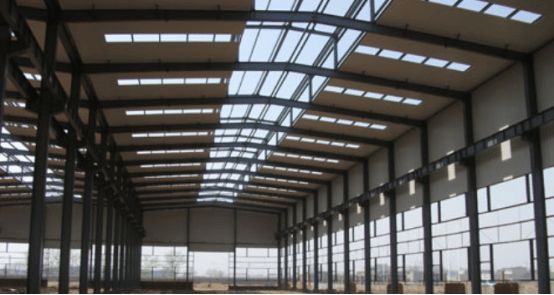 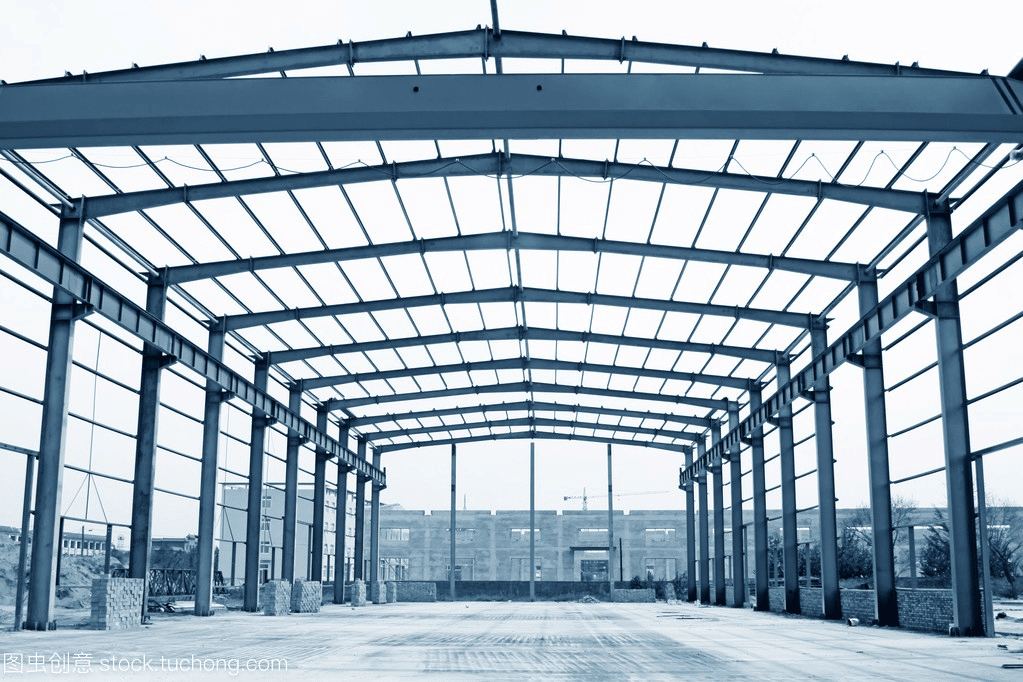 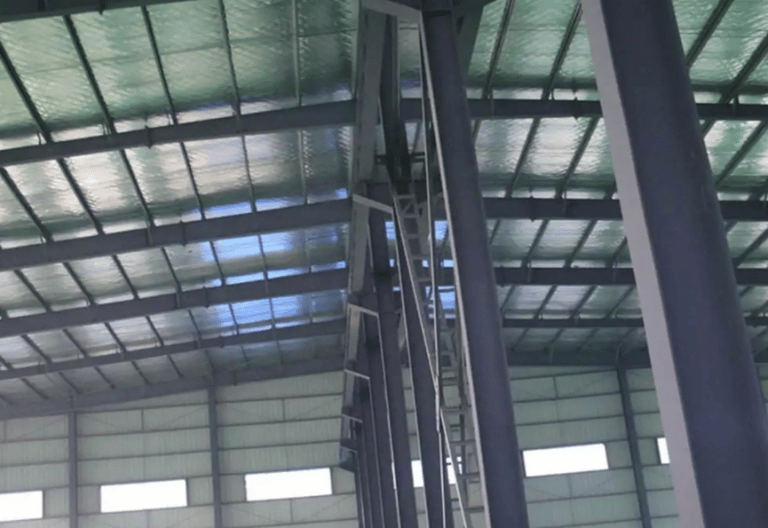 The steel structure has the advantages of light building weight, a small cross-section of components, a high degree of mechanized construction, and less on-site installation work. Structures assembled under the… 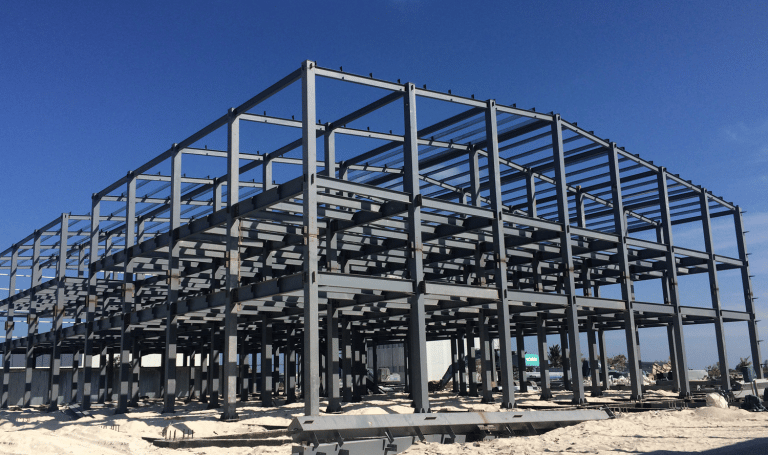 Abstract: As the main construction form in architectural design, steel structure is widely used in the design of large workshops, bridges and high-rise buildings. The construction steel used in the… 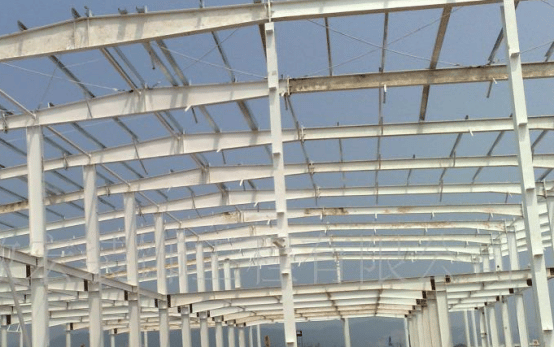 The advantages of high strength and good ductility of steel determine that the steel structure has the characteristics of lightweight, good seismic performance and large bearing capacity. At the same… In recent years, the urbanization process is getting faster and faster, and the prefabricated steel structure building industry has achieved unprecedented development. People have higher and higher requirements for the… 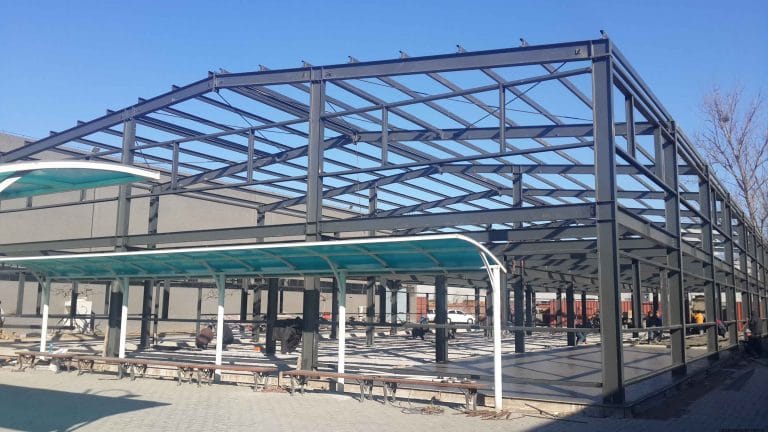 As people’s living standards are getting higher and higher, transportation is becoming more and more convenient, but the fly in the ointment is that the environment has been seriously damaged,…